Shopping Cart
Your Cart is Empty
Quantity:
Subtotal
Taxes
Shipping
Total
There was an error with PayPalClick here to try again

Thank you for your business!You should be receiving an order confirmation from Paypal shortly.Exit Shopping Cart

The Story of A Little White Bunny

"The Beginning Of Love"

(Alfred on the very moment he arrived)

Alfred's short journey with us began on a hot summer's day in May 2014. I received a call from a woman who was absolutely distraught. She had picked up her dry cleaning in Hendersonville Tennessee and had pulled behind the building afterwards to put some trash in their dumpster. Beside the dumpster, she noticed a box that was moving slightly. Very frightened, she proceeded with caution fearing a snake was possibly in the box. Gently, she opened the box to find a little, once white furred bunny nestled in the corner...... tired, obviously dying and very frightened.

She told me she got on the internet and immediately found us because we were the closest listed to Hendersonville. I heard and felt the fear in her voice as she described the precious angel she was now holding in her arms. Always at full capacity, I didn't even stutter as I told her simply, "Bring him here now... We'll take care of him". Something inside me told me, even without meeting this lady or seeing this bunny that emergency measures would be needed.

About a half hour later, the lady pulls into my driveway. I rush out of the door in pajamas as she hands me this purple laundry hamper she had placed him in and I immediately began to cry as I held him and kissed him and promised him he was safe now. I took photos very quickly, called the vet and explained our emergency and kissed this bunny all at once and while this sweet woman was standing by me, sensing my anxiety. With little more than $200 in our shelter account, I rushed to the vet, handing my card to the lady who dropped him off, telling her to call me later for a report on this precious angel that someone had discarded like trash. He was safe though and his life was about to change forever......

"The Least Among Us"

Alfred (whom we named immediately off the cuff), was immediately cleaned up and examined by Dr. Kristen at Little House. She hugged me tight tight telling me it'll all be okay. She xrayed his mouth and it was discovered he had severe overgrowth of his teeth, he had syphillis, he was completely blind, he was dehydrated, thin and probably very very old. After fluids, IV antibiotics and a treatment plan, we went home to begin his healing which would require several risky tooth surgeries. His bills were already beginning to mount. Chelsea took photos of him and put out a plea on Facebook to help us out that day .... I'll never forget how over $500 was raised in just a few minutes. Her post was shared around the world over and over again .... Team Alfred was beginning to form and although we didn't know it at that moment in time, Alfred would become one of the most famous bunnies in the world. Below are photos of this time .... and with his beloved doctors, Dr. Kristen Frevert and Dr. Chad Given. 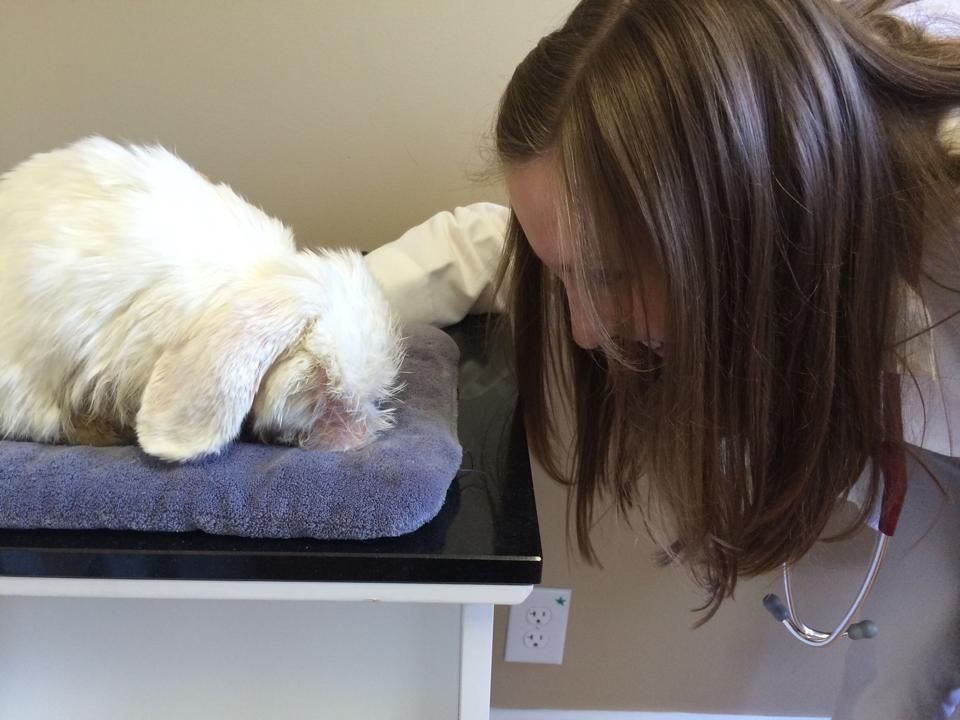 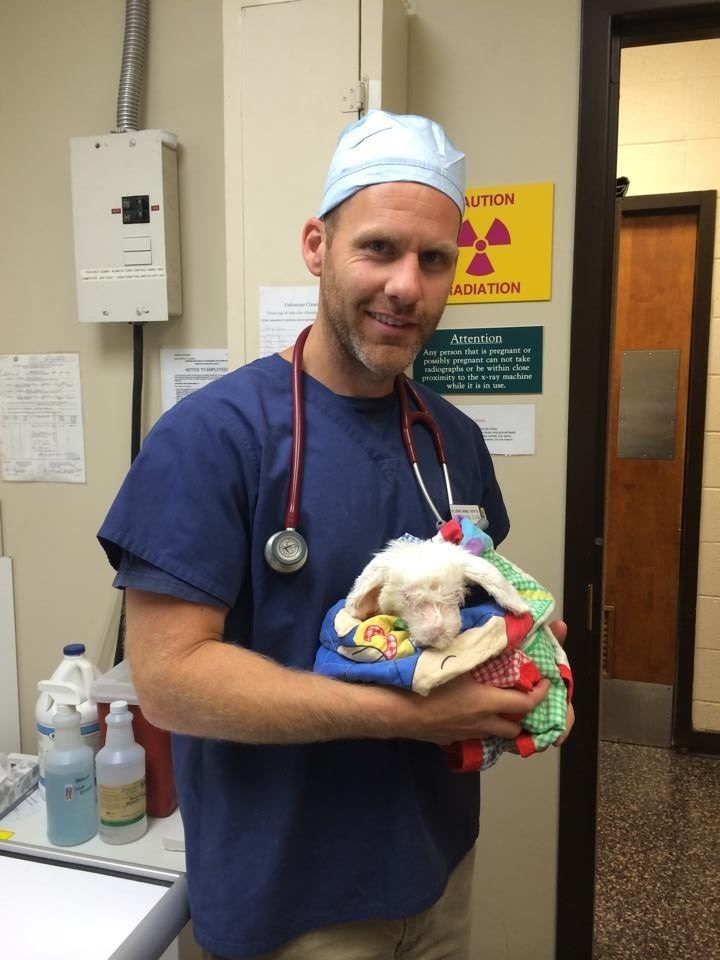 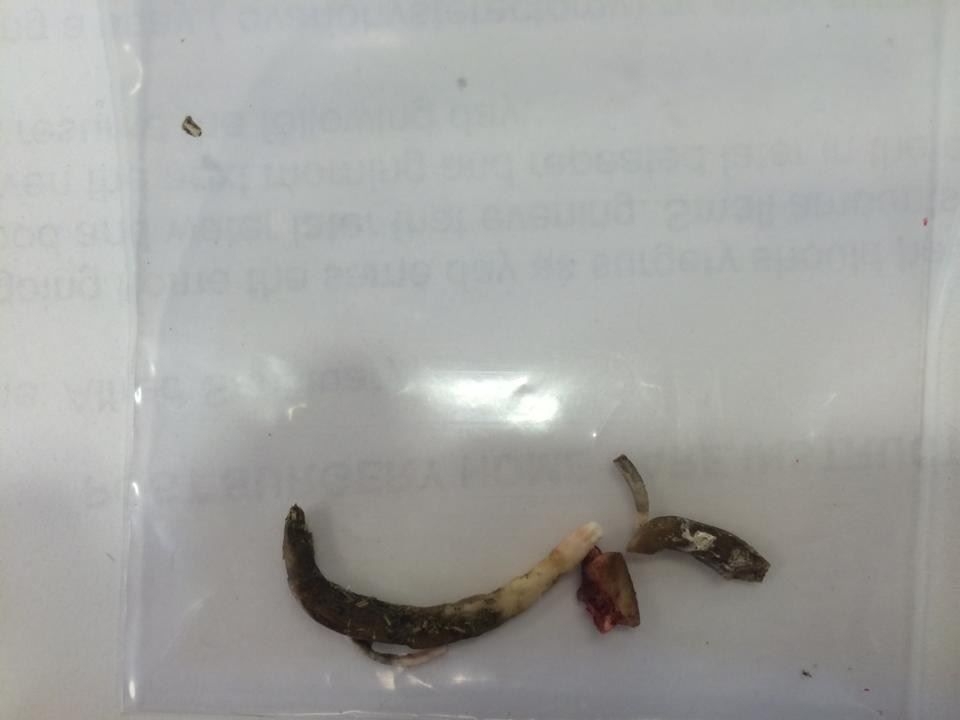 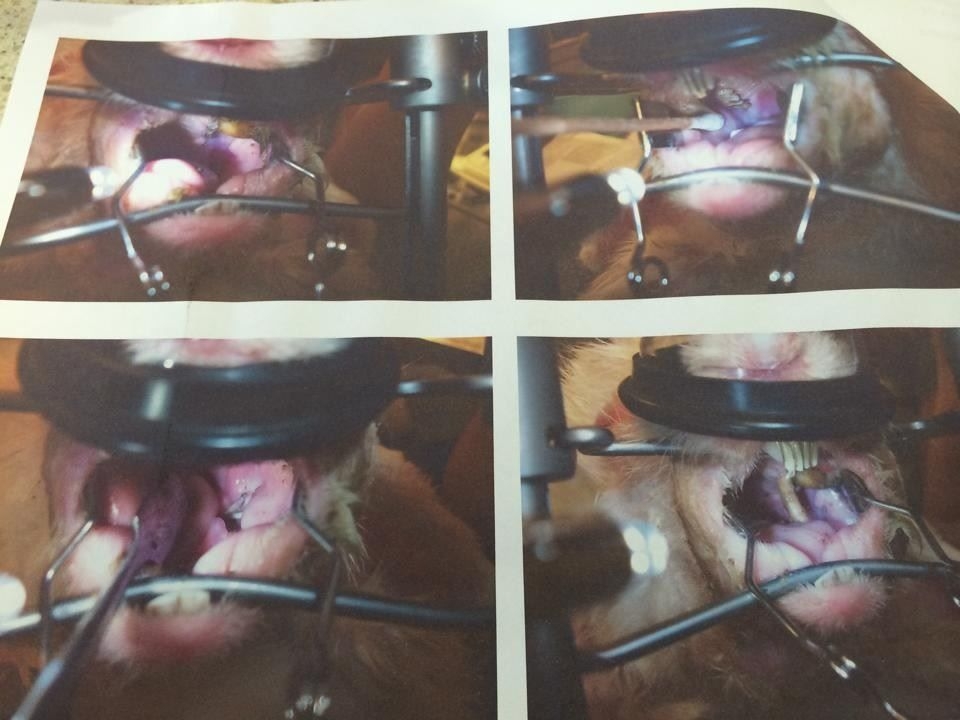 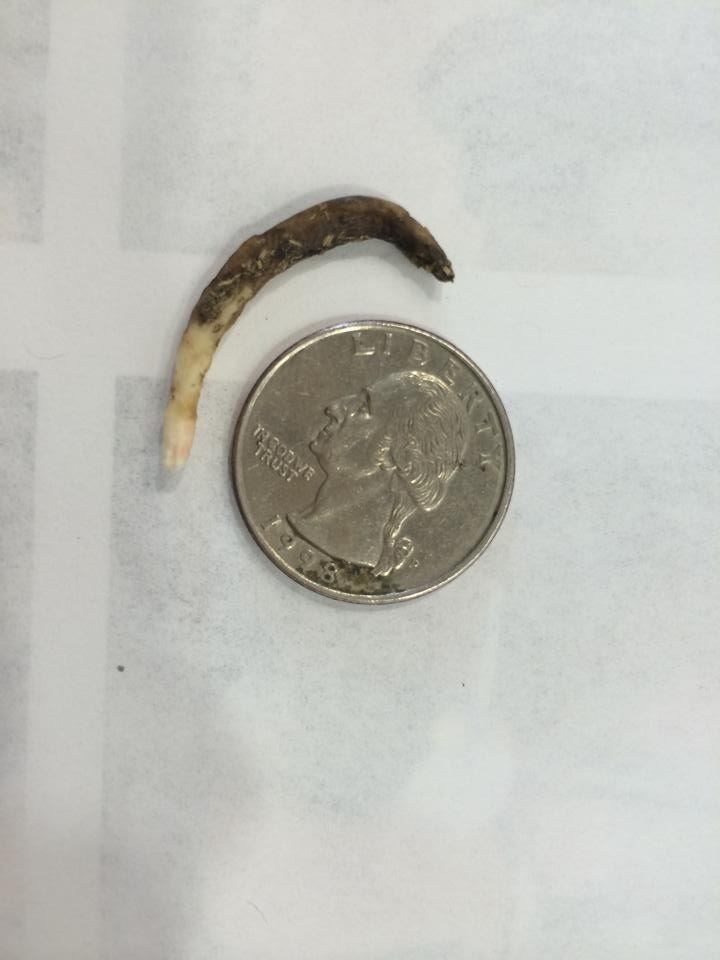 Alfred's medical bills went into the thousands in record time as we rushed to save his life. I temporarily retired from rescue and concentrated solely upon Alfred as he required medical treatment several times a day. Due to his tooth issues, he had to be assisted to eat and drink and with lack of sight, all he had was my voice and my scent to give him comfort ..... So I snuggled him 24 hours a day and slept very little. All I had was Facebook and my cell phone to keep me in touch with the outside world. So I just posted and talked about Alfred and his incredible journey.

(Alfred and I on the day of his first surgery)

Never in my whole life had I seen the initial response and support of this little white bunny that some evil person had discarded like garbage. Little was I to find out, they were numbering in the thousands. In a matter of just a few days into his care, I began receiving "Get Well" cards and stuffies and blankets and pellets and Critical Care and donations from as far away as China and the most wonderful thing ..... Visits! Alfred's friends visited us from as far as Michigan to snuggle him and wish him well. This little blind bunny had an average of 3 visitors a day and the most luxurious blankets and very expensive organic baby food. He was FINALLY getting all the love and support he should have had for the many years he lived before coming to us. He snuggled every visitor as if to thank them. These wonderful people who named themselves, Team Alfred, loved our boy through some really difficult times. Their love made all the difference! Below is just a fraction of his team. 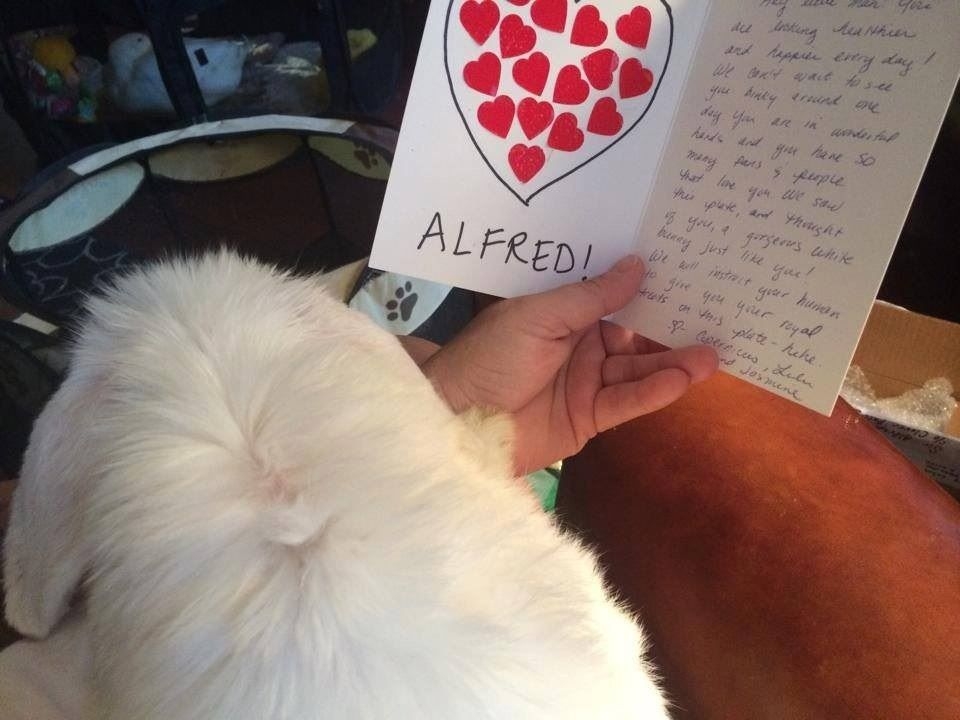 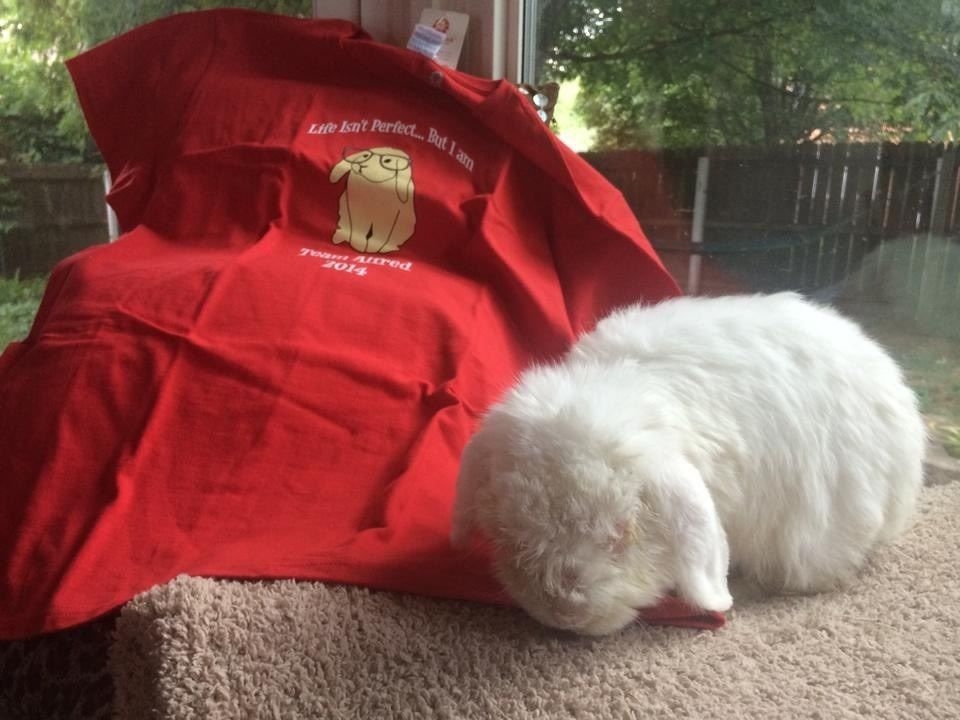 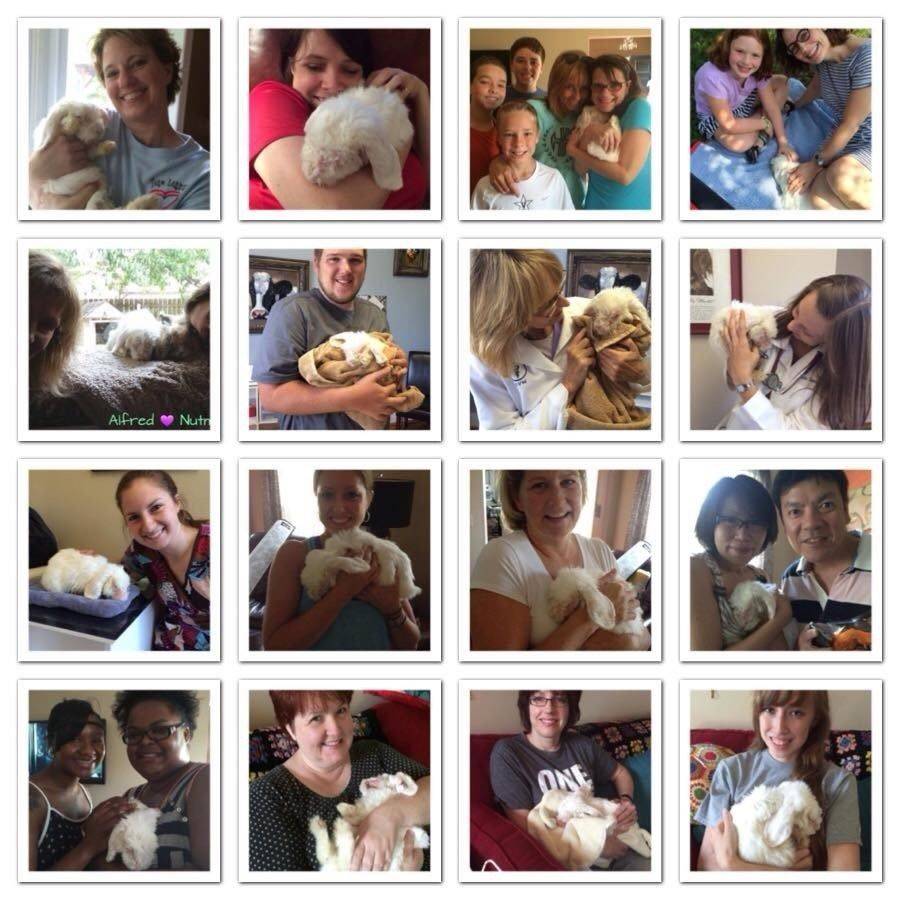 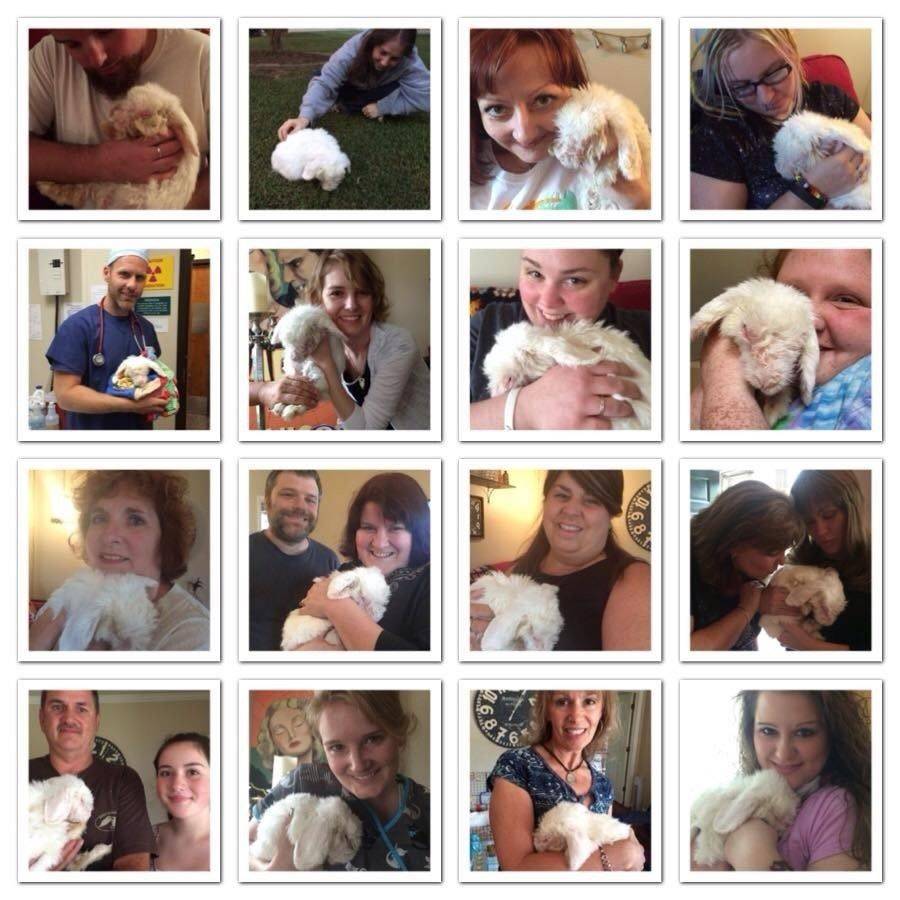 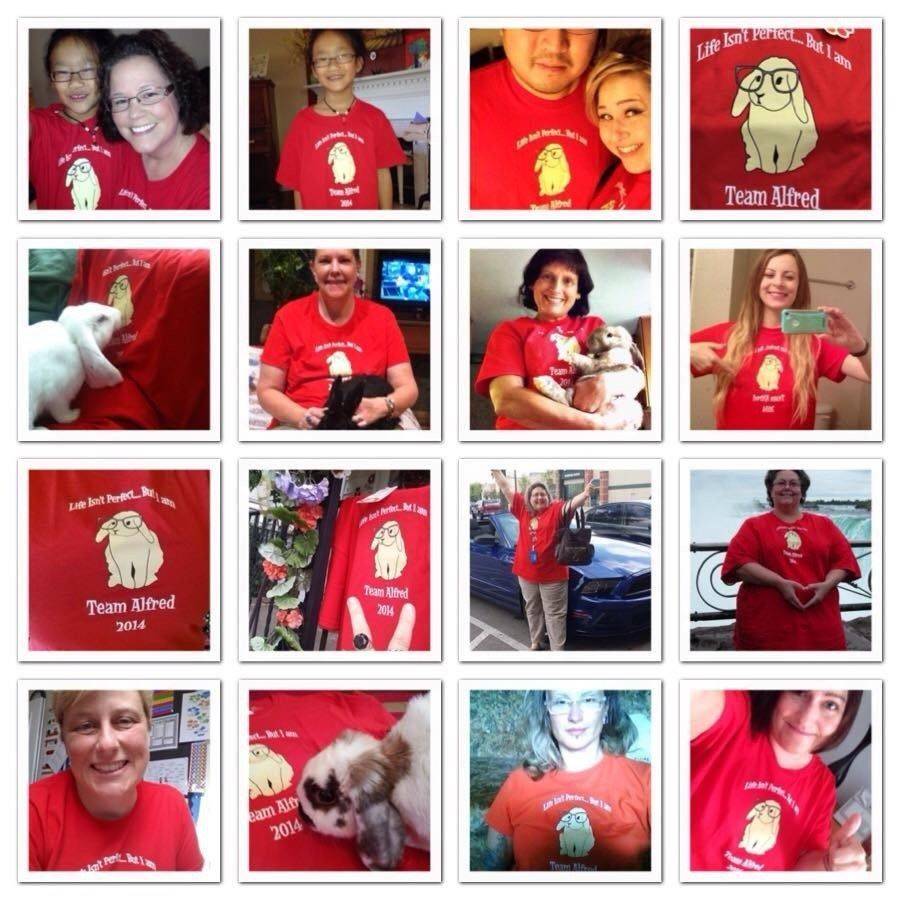 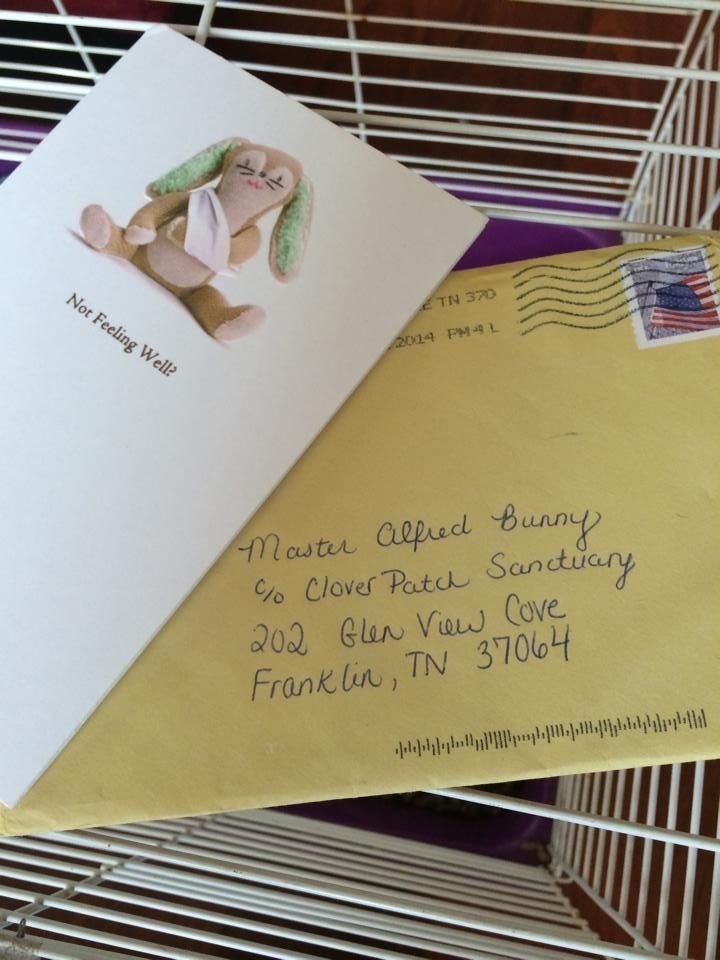 "The Art of Alfred"

The beautiful art that was created for Alfred still warms my heart. Artists devoted themselves to helping us continue to fund raise for his continued care. I, myself, created jewelry to aid in the medical costs. Below are some of my favorites. 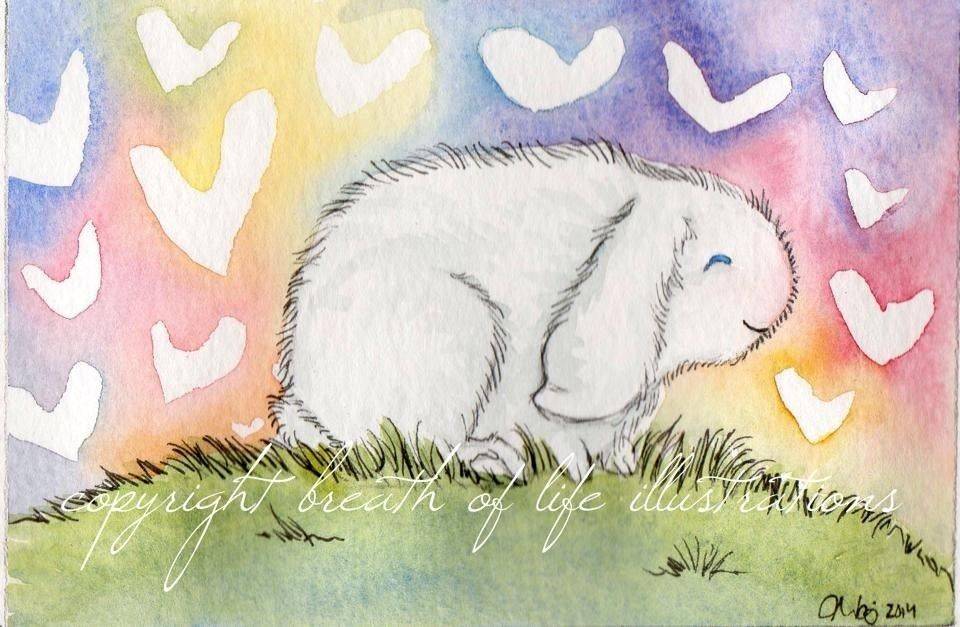 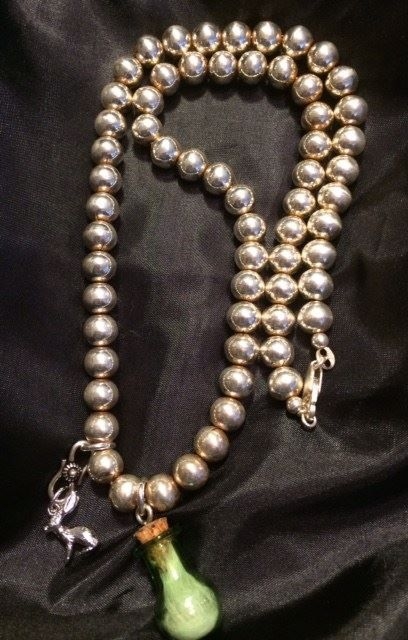 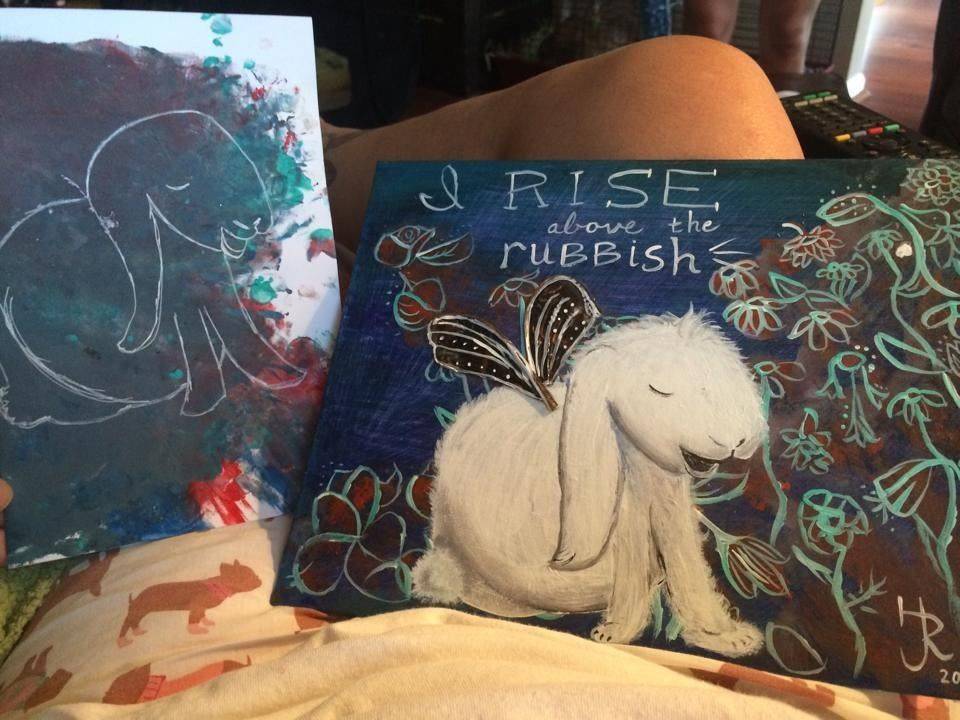 In September 2014 around 5 pm, our beloved Alfred departed this world to embrace the fields of clover at The Rainbow Bridge. He passed away in my arms as I was kissing him and snuggling him ..... Like I had done since the moment I met him. Our vets feel, as do I, that he passed away from old age. This little white bunny who only graced us with his light and love for just a few short months and had endured so much in his life yet changed so many other lives forever had left us. I truly believe when he passed on, he could see me for the first time because he opened his eyes fully (something he never did) and looked deep into mine. His life ended perfectly just as all bunnies lives should end ..... surrounded by love and warmth and comfort, being adored and cherished.

Let me say now, as I write this, I'm crying my eyes out. Those memories have come rushing in of that night when I said goodbye to my heart bunny. I had given up my daily life for him gladly and my heart is broken to this day. I truly supposed that's why it's taken me nearly a year to add this page to our website, although I've been asked to do it many times since his passing. As I've told many of my dearest friends, I'll never get over him and I have peace at my own passing one day, knowing he'll be waiting for me to snuggle him again.

The little white bunny that was so beloved by the world still lives in our hearts. His legacy is still going strong, bringing love and hope to all bunnies that have been discarded and unloved. The mere mention of Alfred's name brings tears to some and brings powerful fighting spirit to others. He has inspired many to rescue and will continue to watch over us all. There has been art created since his passing and a book will soon be published about Alfred. All of these creations continue to give hope to bunnies everywhere. To me, though, he was my little lamb ... my heart. 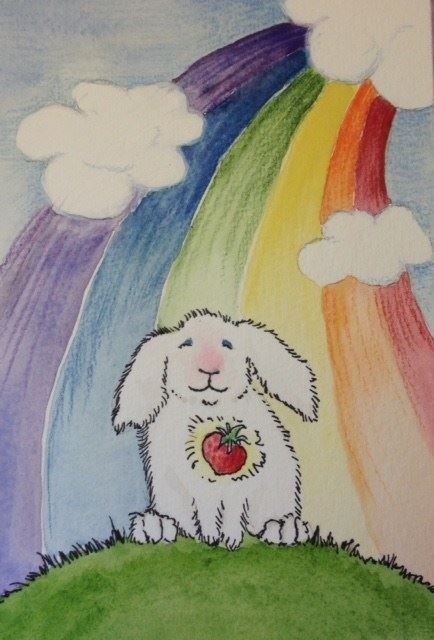 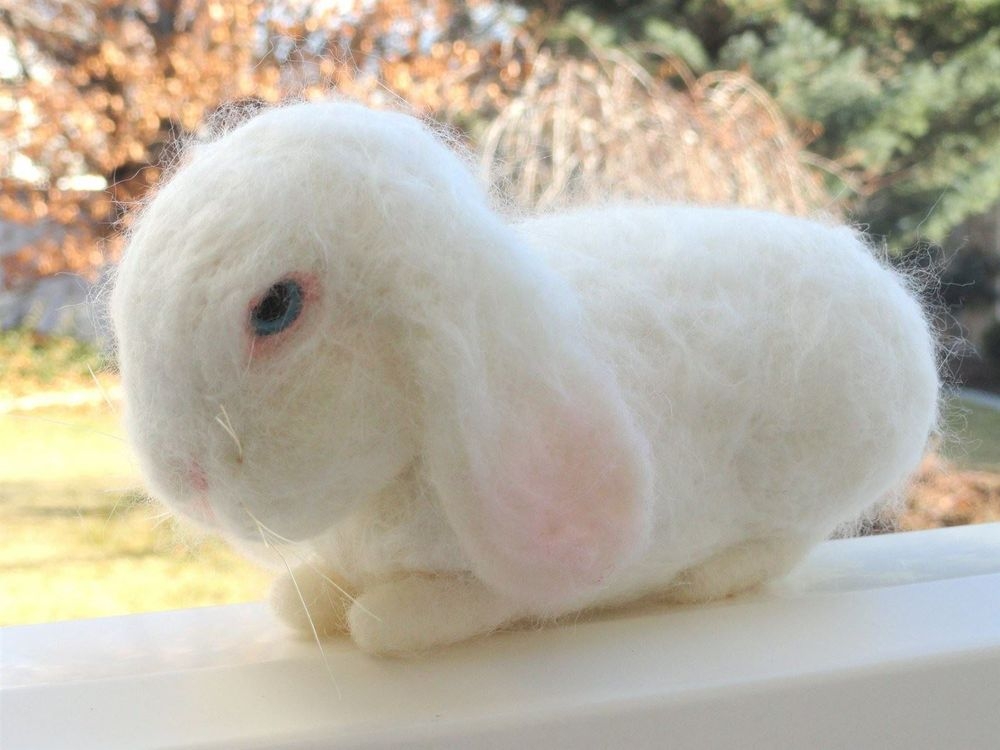 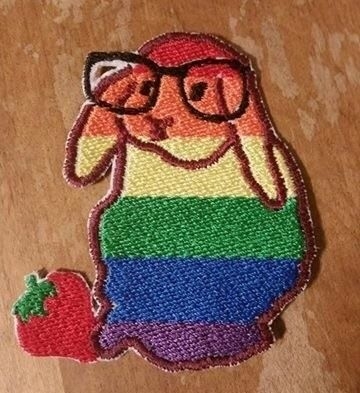 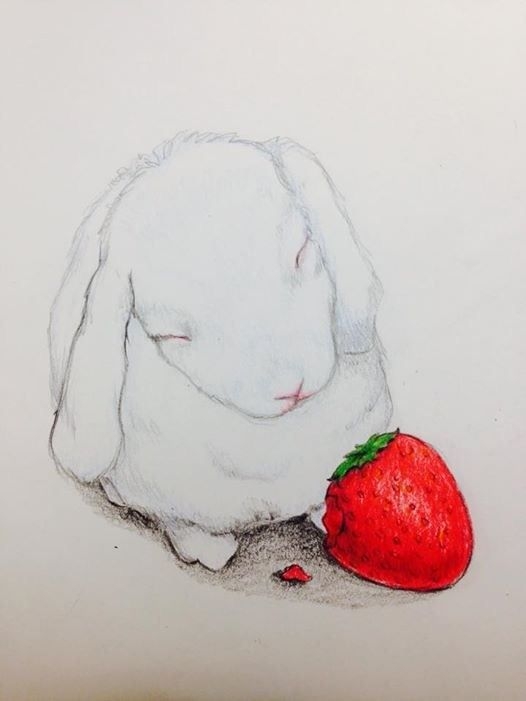 And since I refuse to finish this page on a sad note (Because Alfred was so happy with us) .... Let me tell you about strawberries........

If you are just learning about Alfred, you'll find this little tale amusing but if you lived Alfred's life with us, this tale will bring delightful tears to your eyes.

Alfred's Aunt Aimee introduced our little guy to the nectar of the buns, strawberries, in July of 2014. Alfred could be sound asleep or feeling a bit droopy and you'd put a strawberry within a minute of his nose and he'd perk up like crazy! Before he commenced to eating the luscious berry, though, he always graced it with chin rubs and kisses and many times would snuggle next to the strawberry and take a quick nap before devouring it.

Alfred's love of strawberries is absolutely endearing to Team Alfred and will always be associated with each other. His urn has a strawberry charm on it ..... most of the art created in his last few months with us include strawberries. I've received strawberry charms, strawberry linens and even fresh strawberries themselves have been sent to me in honor of Alfred. Strawberries truly equaled Alfred's true love.

My favorite photos of my heart bunny 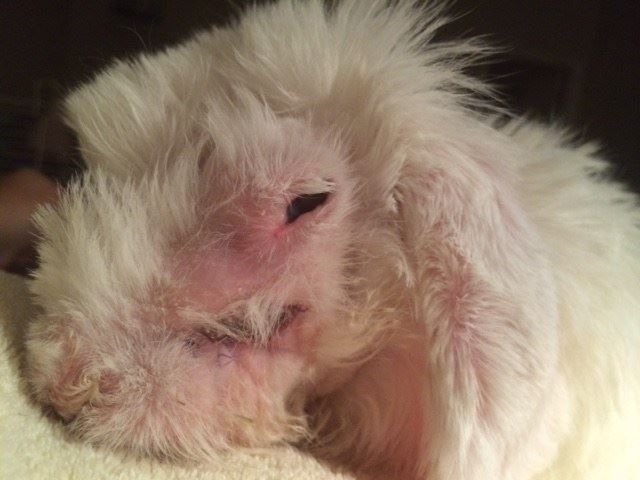 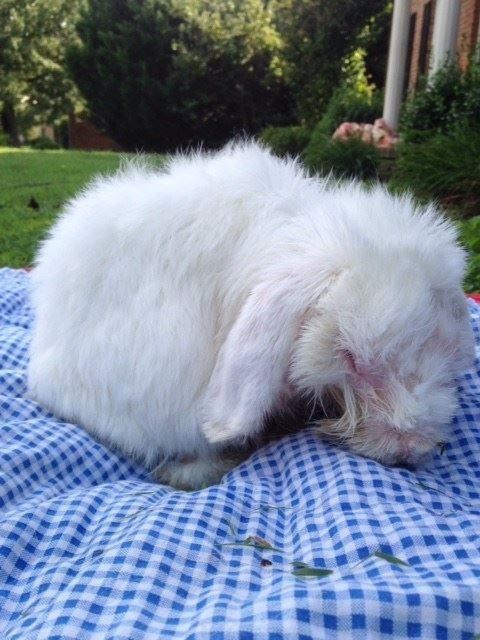 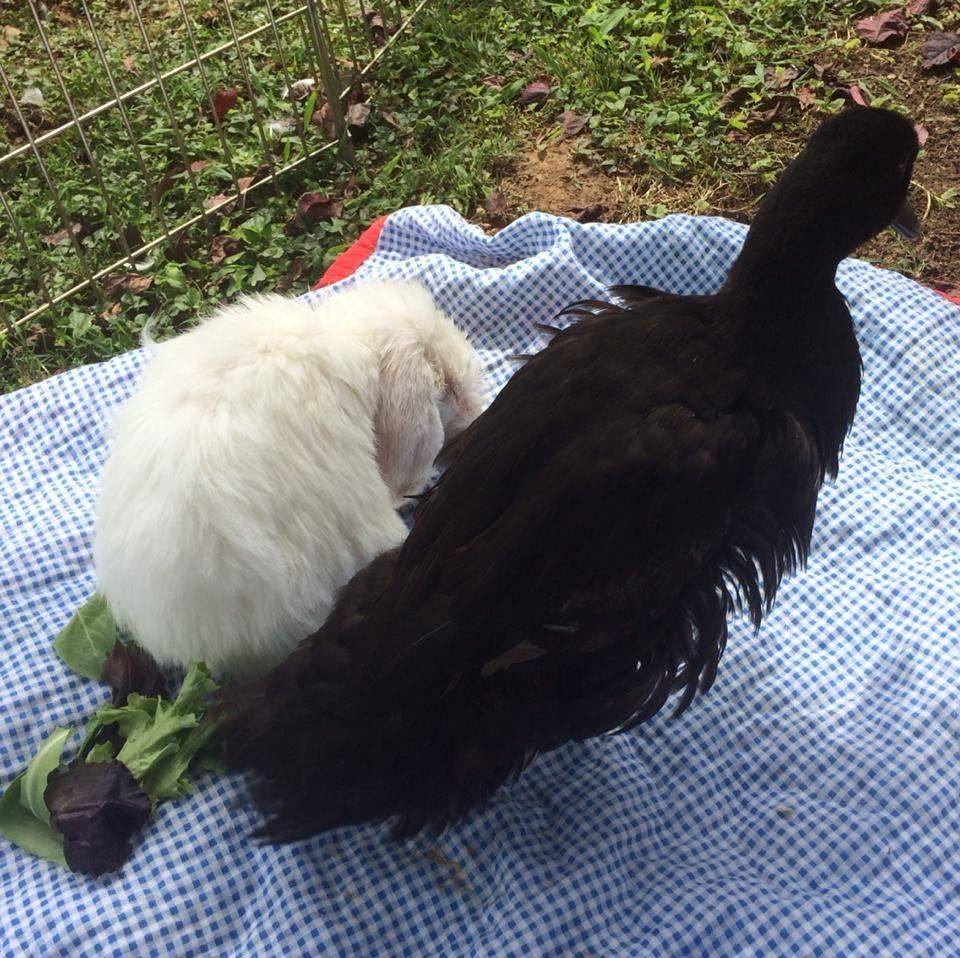 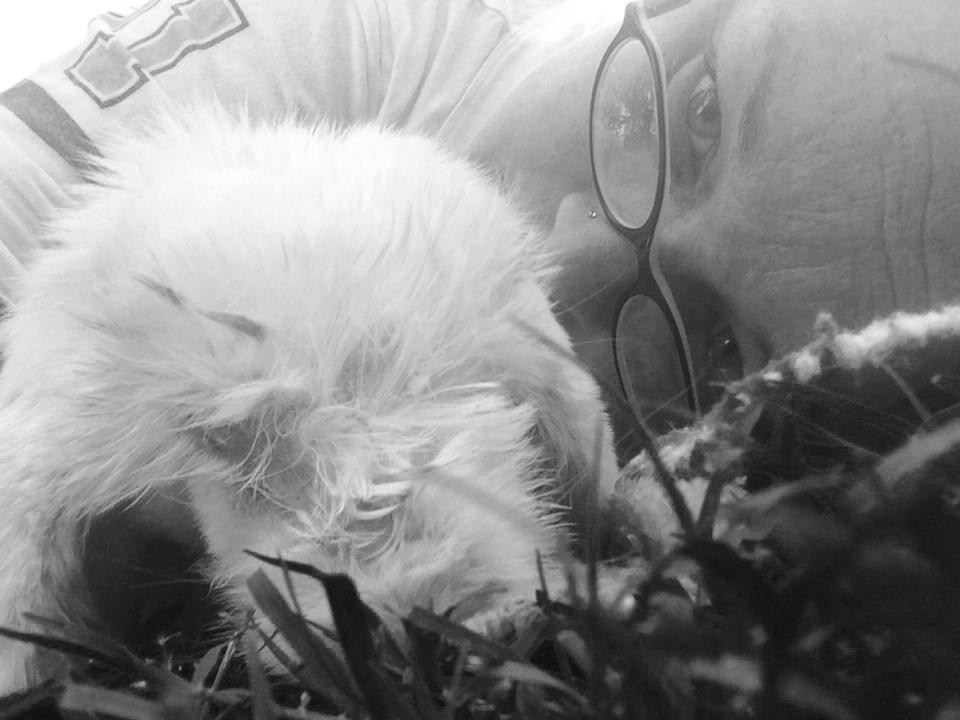 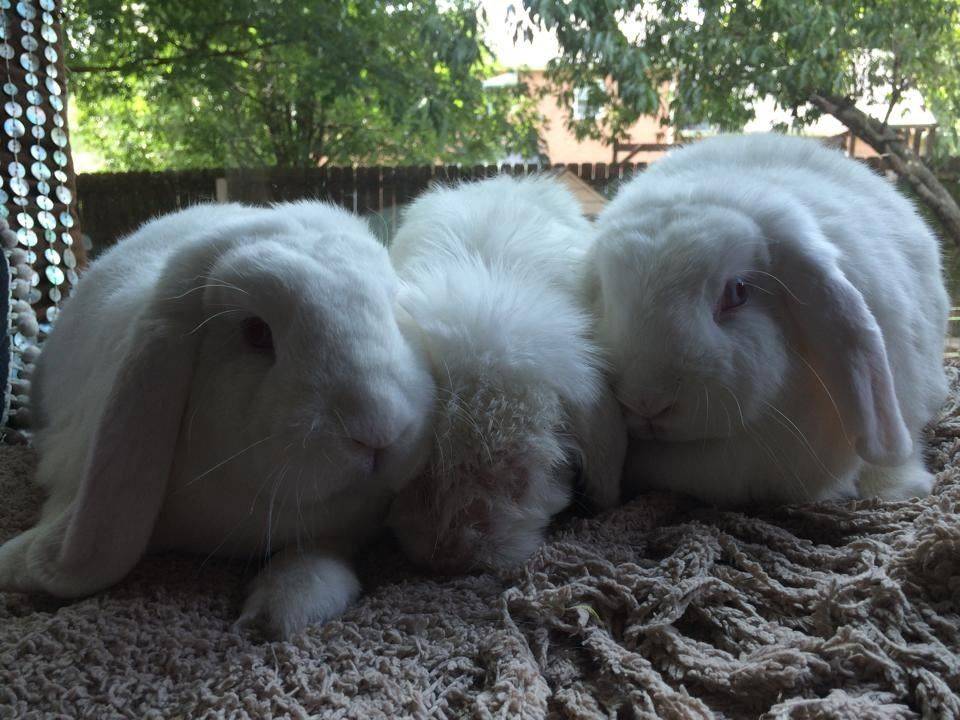 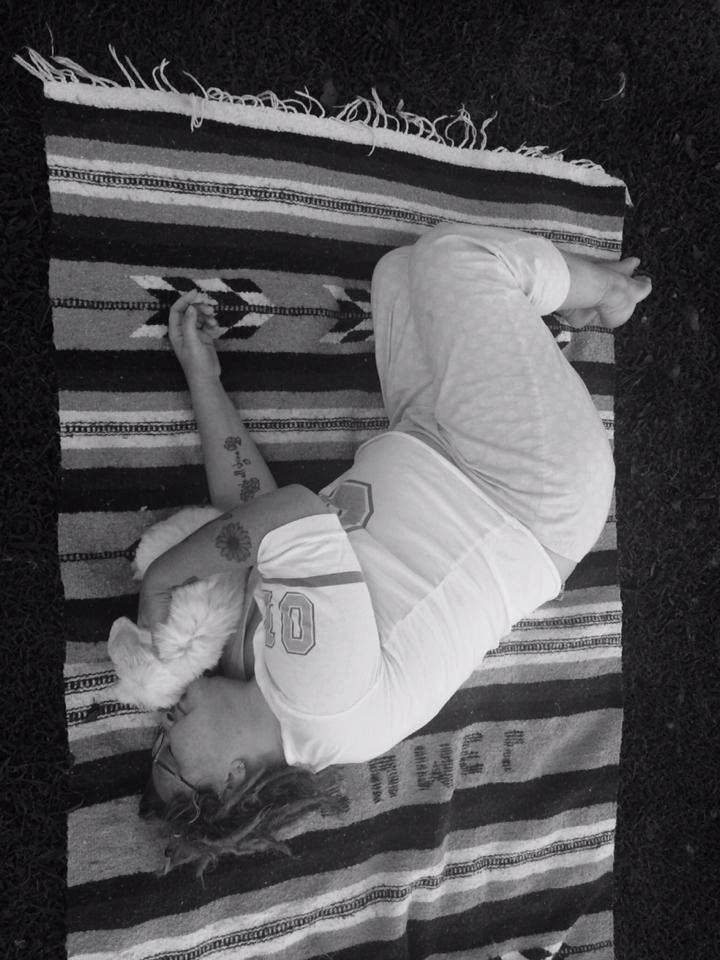 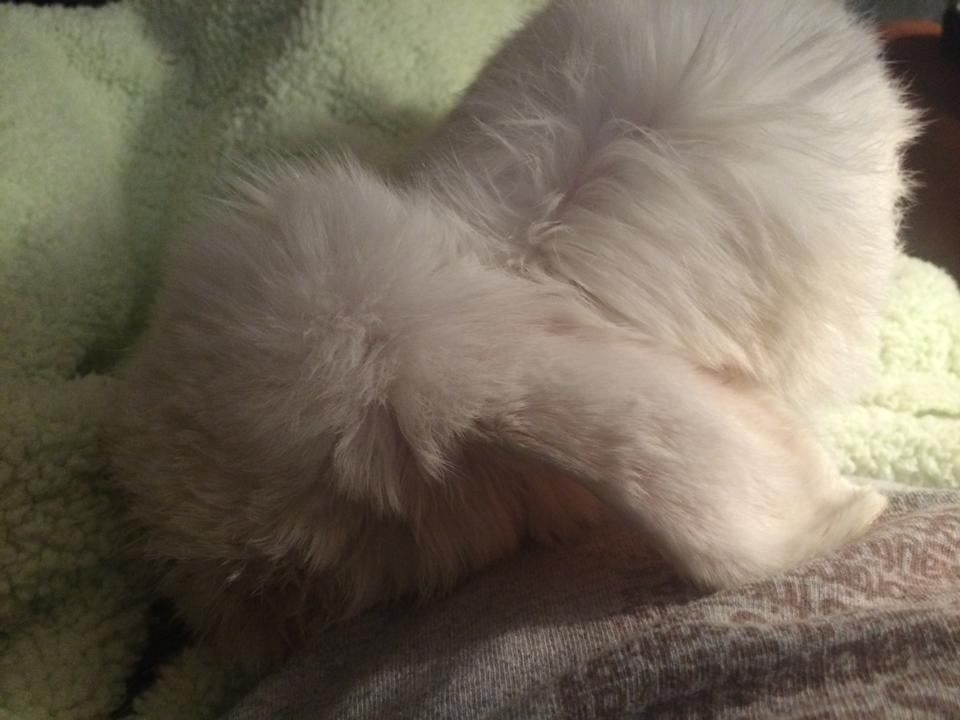 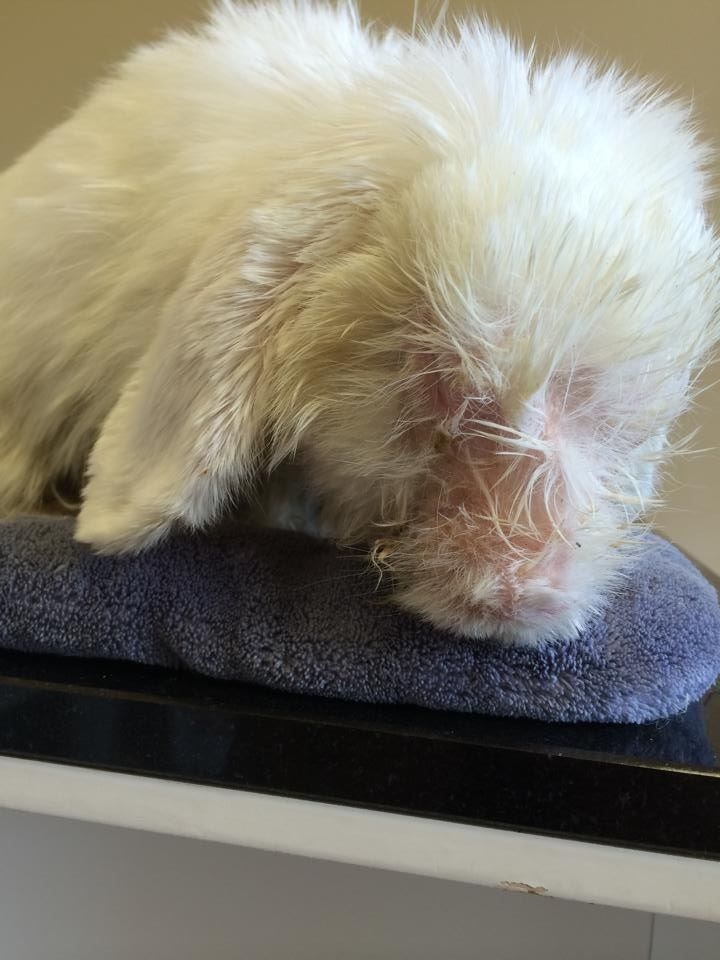 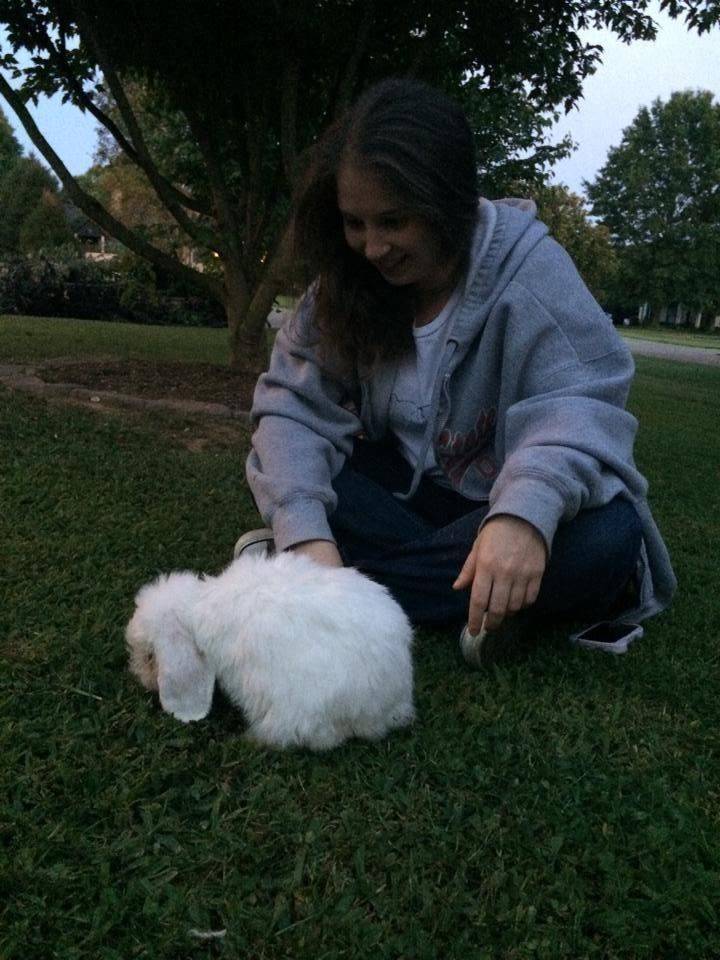 I would like to take a moment to personally thank all the board members of Clover Patch Sanctuary for allowing me the "time off" and loving Alfred so dearly. To Chris and Darrell who took care of our home and family of many bunnies and duckies when I could not. Also I want to thank the dearest friends I've ever known who were there for me for a 3 am phone call or hug and listened to me cry more than once... Gretta Parker, Monica Cocci, Aimee Dotson and Patti Brant. You girls will always be as dear to me as Alfred. Thank you to Chelsea Bordelon who was right by my side when Alfred passed and hugged me while I cried and finally to Cindie Thacker who doubled as another overly concerned Mama to Alfred and good friend to me.

He Rose Above The Rubbish

And NOW Available Through Amazon!!

Click the photo below to order Alfred Rises Above The Rubbish by: Gretta Parker